Here are some examples of problems that orthodontics can correct.

Crowding of the Teeth

Patient sucked her thumb as a young child. She started treatment at age thirteen. She had braces and a special appliance--called a crib--to retrain the tongue, for twenty-eight months. Now she can bite the lettuce out of a sandwich.

This adult patient (age twenty-five) required braces and jaw surgery to correct his severe overbite, treatment taking two years. His problem could have been corrected without surgery if he had been treated before he was a teenager.

This patient's lateral incisors were congenitally missing. She had braces for twenty months to move the teeth into the correct position, then the missing teeth were replaced with bonded "Maryland" bridges.

Patient's underbite was causing her to have jaw joint discomfort and excessive wear patterns on her teeth. After thirty months of treatment starting at age thirty-two, she now finds smiling and chewing much easier.

Patient was bothered by the spaces between his teeth. Braces closed the spaces and gave him an ideal bite in twenty-four months. Special glued-in retainers help keep the spaces closed.

At age ten, patient had a big overbite with the top teeth protruding beyond the bottom. She had two phases of treatment. The first helped her jaws to grow more harmoniously; the second aligned her teeth and bite. At age thirteen, she was proudly displaying her new smile.

Sometimes braces are not needed to get noticeable improvements in tooth alignment. This patient was first seen at age 7 for crowding of the lower permanent teeth. A procedure was performed to reduce the width of the adjacent baby teeth and the permanent incisors aligned on their own in 9 months.

Patient's parents were concerned about both aesthetics and the health of the erupting permanent teeth when they brought him to the orthodontist at age 8. The lower front teeth were crowded and they touched the palate, and the upper front teeth were extremely displaced from their normal positions. After 20 months of Phase I treatment with an expander and partial braces, patient's appearance and dental function was vastly improved. 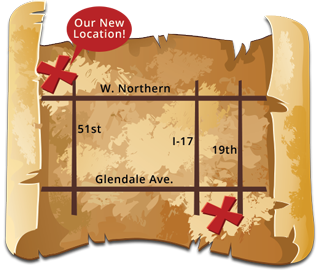